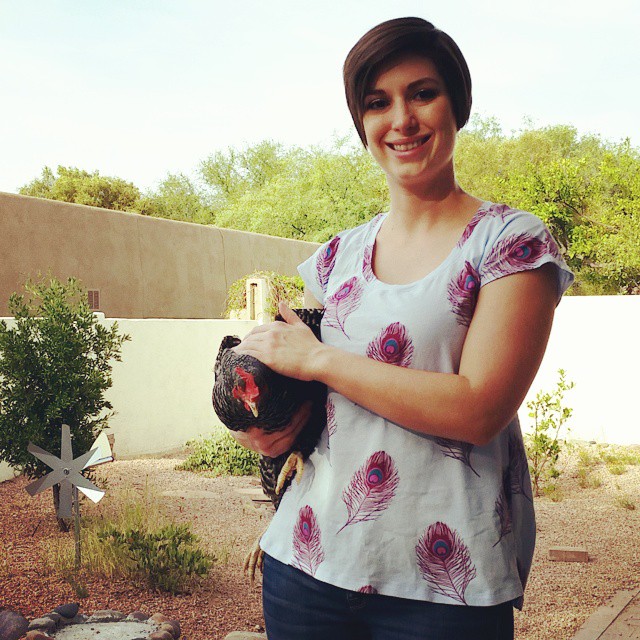 I was thinking of including my sad news on my next sewing post, but I think this deserves its own post. Yesterday, we had another bobcat attack. This time it got Chickie von Poopenstein. It didn’t take her away, but her neck was badly injured. We weren’t sure what the injury really was, but her neck was twisted and she couldn’t hold it up. We were hoping it was just really sore as we couldn’t see or feel any puncture wounds.

We made her comfortable in our shower and hoped she would heal well in the night. Sadly, that wasn’t the case and she was still suffering and was worse this morning. DD and I made the decision to end her suffering.

After dressing her, it looks like she had an open wound where her neck met her wing. I regret keeping her in pain as long as we did, but we were hoping for the best.

Von P., I thank you for the years of entertainment, soft pets, and delicious eggs you gave us. You are sorely missed. 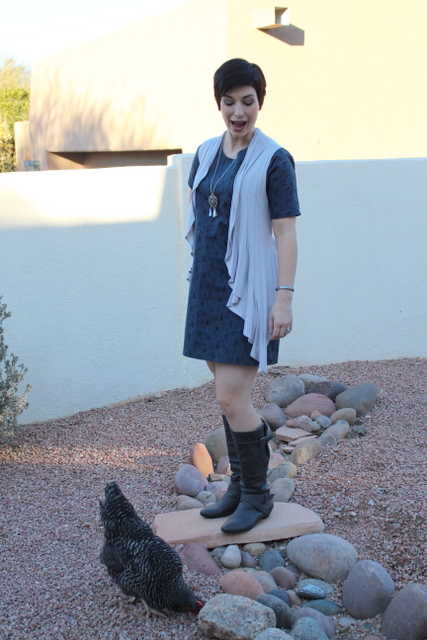 This leaves Caroline as our last remaining chicken. Unfortunately, chickens need a flock so we are working on re-homing her. Caroline holds a special place in my heart as she was the first chicken to ever really love me. As a chick, she would snuggle against me and make cooing sounds. She’s less love-y now, but only because she’s more interested in scratching around the backyard with the limited time she has for free ranging. It breaks my heart to give her away, but I know she will do better in a flock than alone. We gave them all the best life we could. 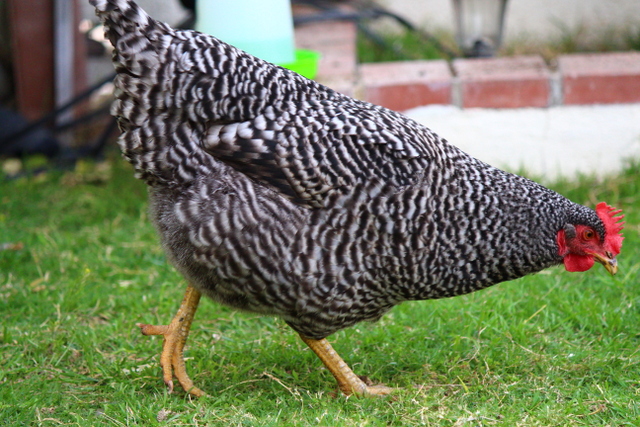 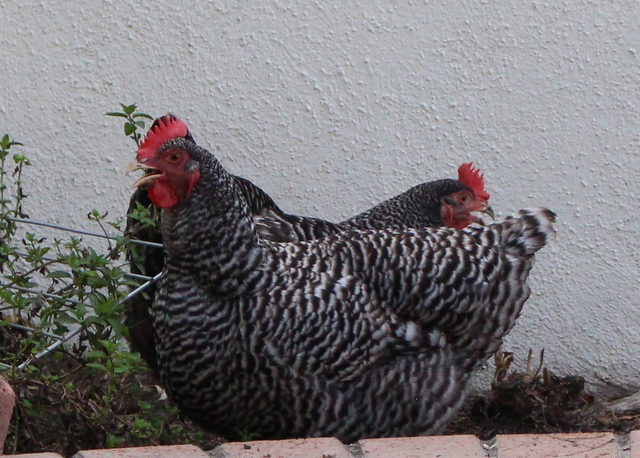 I’ll miss the eggs. I’ll miss the laughs as they fight over treats and run around the yard like little football players. I’ll miss the texts and pictures of friends sending me funny chicken stuff because I was the chicken lady. I’ll miss them photo-bombing my backyard blog shoots. I’ll even miss their mouthiness when they’re driving me nuts with worry the neighbors will complain. 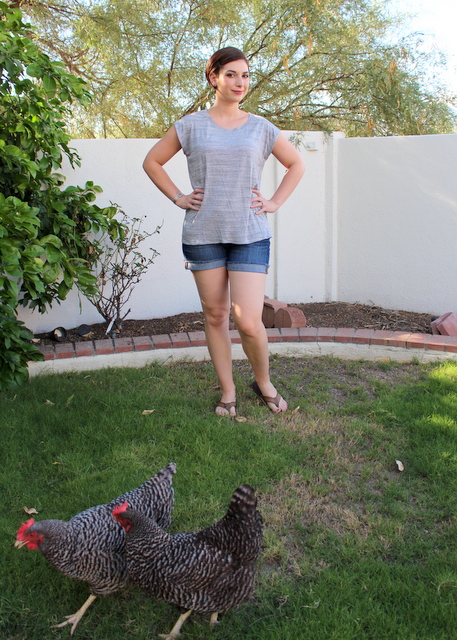 We won’t have any more chickens while we’re in Arizona. I’m hoping one day we can move and I can have the joy of owning chickens again. People make fun of us, but they really are special animals with real personalities. They’re smarter than you think they are.

I love you, ladies. Thanks for the memories. 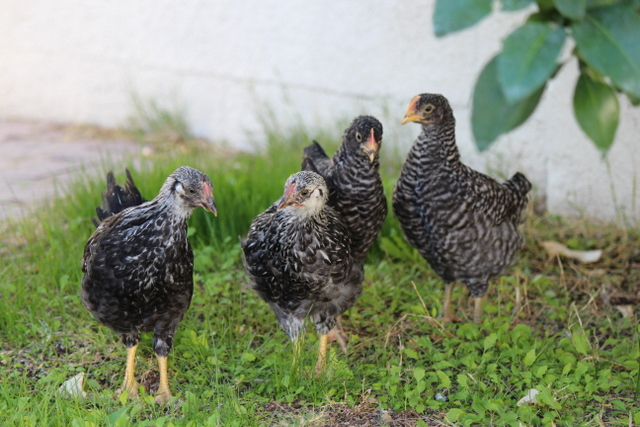 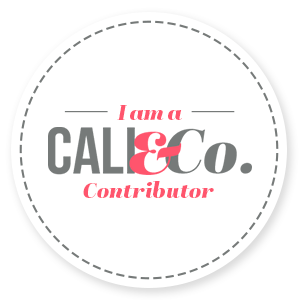 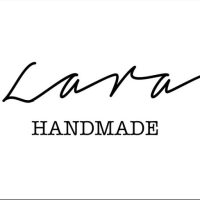 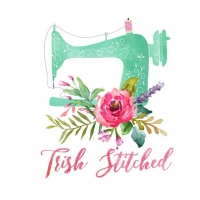